in the 18th century rustic and cosy atmosphere

Made in Paris, Antoinette Poisson « domino » printed paper and fabrics are reminiscent of the cosy and rustic charm of 18th century interiors.

During the Age of the Enlightenment in France, the dominotiers’ guild printed ornate motifs on 35 x 45 cm paper sheets using engraved plates and applying colour with stencils. These sheets of paper were called “dominos”

Coffers, furniture or boxes were lined with domino paper, the ancestor of wallpaper. Small rooms such as corridors or alcoves were also adorned with domino paper. A popular use of domino paper was the binding of paperback books and these books are today the most frequent illustration of a craft which disappeared at the end of the 18th century.

Outstanding wall decoration may be created by combining several sheets of domino paper.

Everyday objects are also embellished with domino paper: boxes, notebooks or lamp-shades are made-to-order in the workshop.

Antoinette Poisson offers a collection of paper and fabric, ornamental objects in papier mache, based on both original designs and motifs inspired by documents and objects from historical archives. 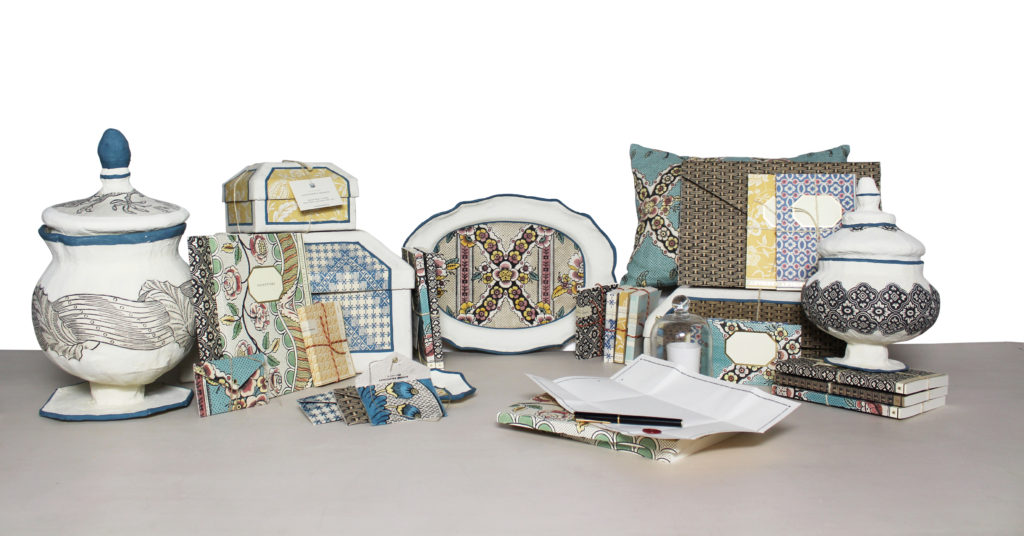