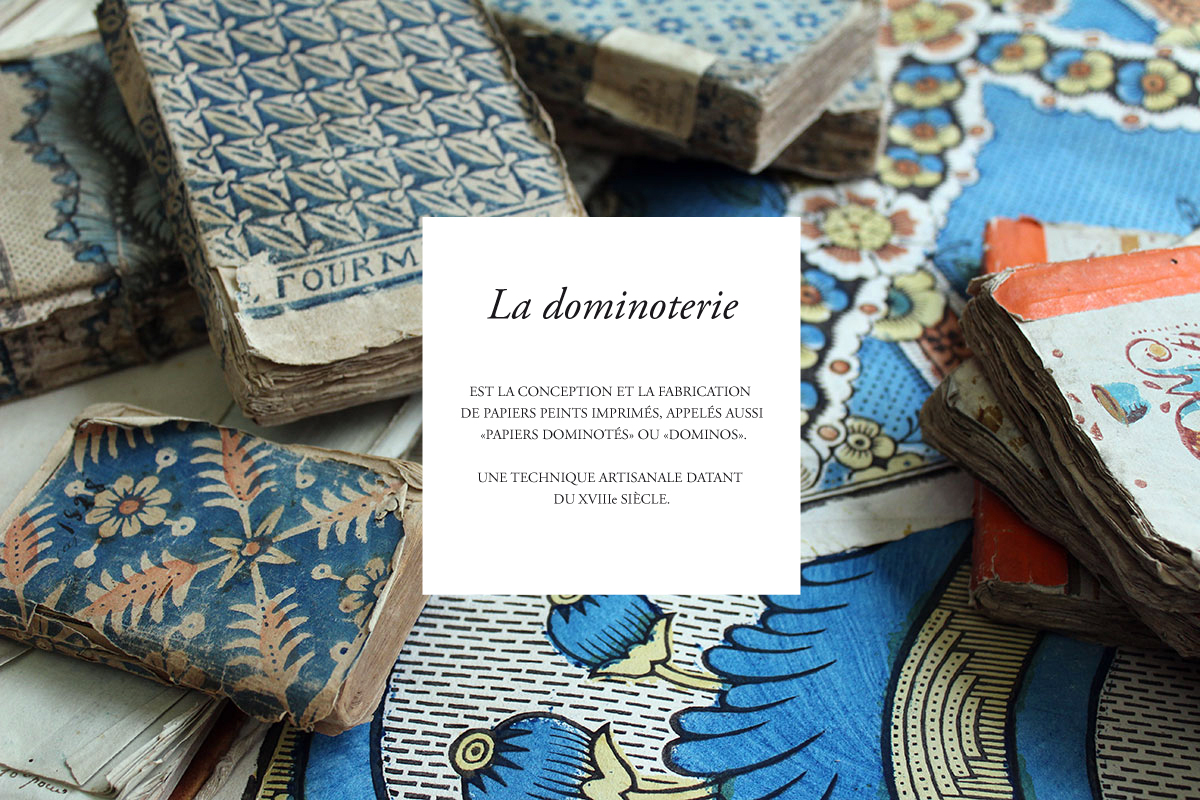 During the Age of the Enlightenment in France, the dominotiers’ guild printed ornate motifs on 35 x 45 cm paper sheets using engraved plates and applying colour with stencils. These decorative sheets of paper were called “dominos”

Coffers, furniture or boxes were lined with domino paper, the ancestor of wallpaper. Small rooms such as corridors or alcoves were also adorned with domino paper. A popular use of domino paper was the binding of paperback books and these books are today the most frequent illustration of a craft which disappeared at the end of the 18th century.